If you routinely have to change or modify your Windows configuration, especially for things like printers and networks, you find yourself navigating the Control Panel maze of choices to get to the place where this can be done.  This can become tedious and time consuming.

What if you had a place where all these types of changes (and many more) could be easliy, meaning one or two clicks, accessed?  The answer is commonly referred to as ‘GodMode’.  Personaly I disagree with that term in that it is more like a Super Administrator Control Panel view than anything else.  Nonetheless, it is what most folks are calling it.

If you just want the GodMode folder on your desktop, follow these simple three steps: 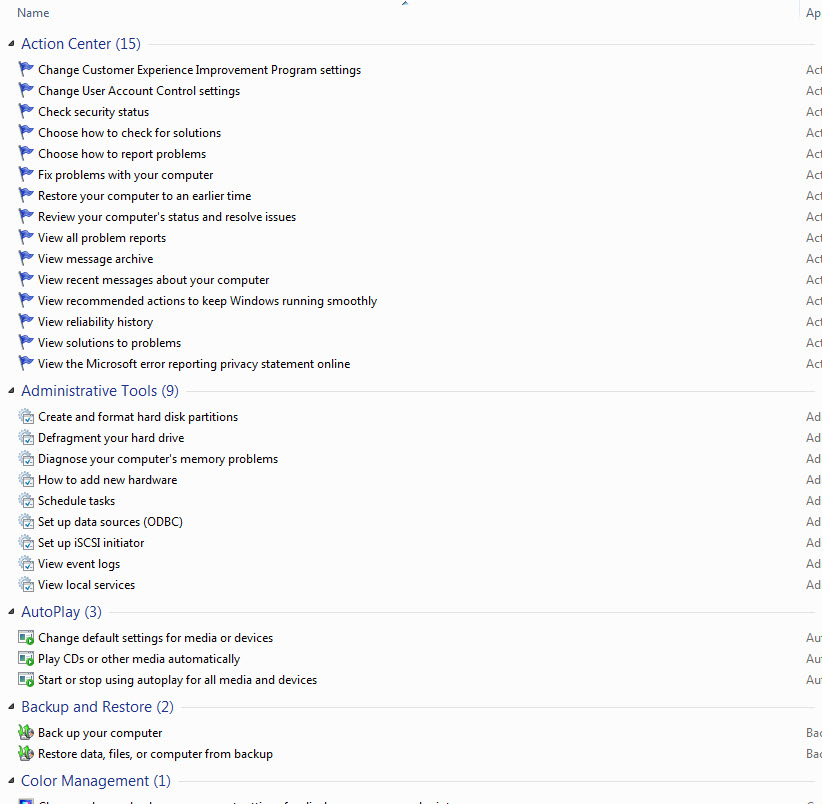 Now this is only a partial screen shot, but you can see that all the computer settings in alphabetical order are available from one list in the window, making it super easy to find let’s say Network Settings and jump to what we want to do.

The truth is that there are a number of these types of GodMode folders.  Microsoft offers the following batch file/script to create them all:

You can cut and paste the above and inside a folder called Special Folders you will get the entire family of God Mode folders!!