Netsh is a Microsoft Windows command-line shell/scripting utility originally introduced in Windows 2000 that allows you to, either locally or remotely, display or modify the network configuration of a computer that is currently running.

Netsh also provides a scripting feature that allows you to run a group of commands in batch mode against a specified computer.

Netsh can also save a configuration script in a text file for archival purposes or to help you configure other servers.

How does it work?

Netsh interacts with other Windows operating system components using dynamic-link library (DLL) files. Each Netsh helper DLL provides an extensive set of features called a context, which is a group of commands specific to a networking component. These contexts extend the functionality of netsh by providing configuration and monitoring support for one or more services, utilities, or protocols. For example, Dhcpmon.dll provides netsh the context and set of commands necessary to configure and manage DHCP servers.

To run a netsh command, you must start netsh from the Cmd.exe prompt and change to the context that contains the command you want to use. The contexts that are available to you depend on which networking components you have installed.

For example, if you type dhcp at the Netsh command prompt, you change to the DHCP context, but if you do not have DHCP installed the following message appears:

The following command was not found: dhcp.

If you run “netsh /?” in your operating system, you will get the different contexts supported by your system. For example, Windows XP has “routing” listed as a context and Windows Server 2008 does not.  Here are some of the contexts you might see: 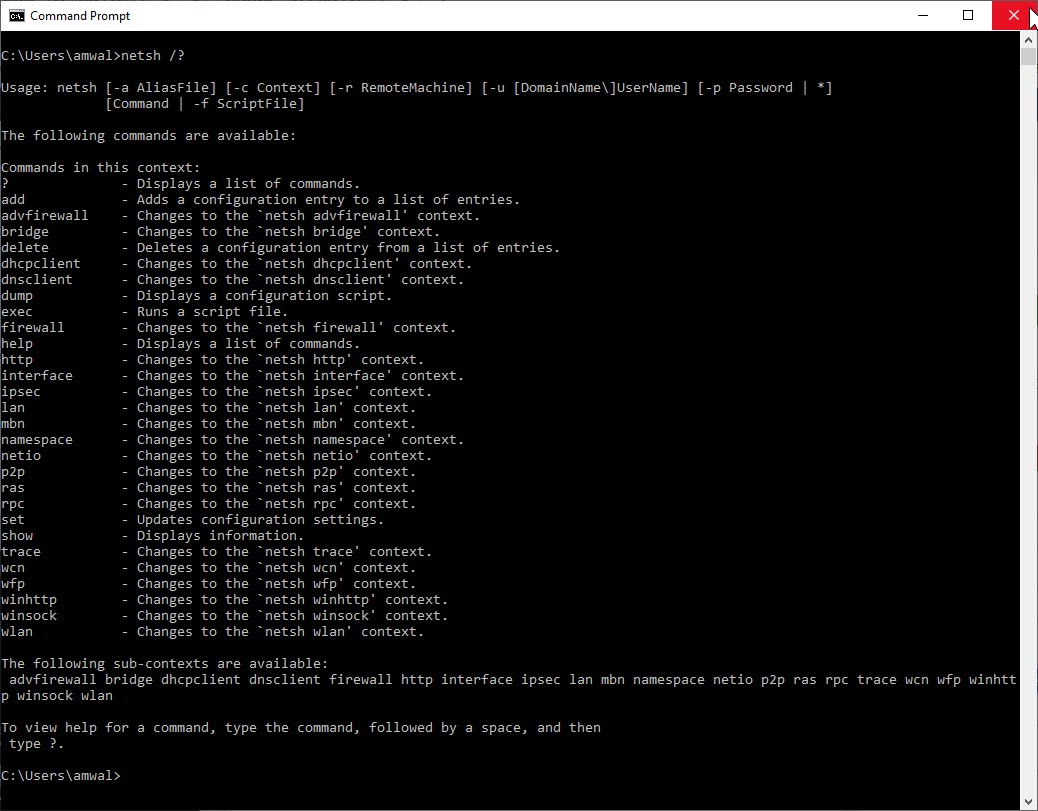 Some Clever things You Can Do With Netsh:

If any of the commands above are successful, you should get a response of “Ok.”

If you would like to see some Netsh command used for IPv6, check out this article.