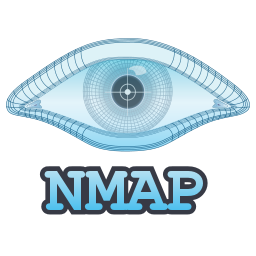 In this article we continue our nmap series (just click on the nmap tag at the bottom of the article to see the other articles), this time we discuss an advanced nmap feature called the NSE: nmap Scripting Engine.

There are series of nmap scripting categories that are installed as a baseline set when you enabled nmap on your machine.  Each script category is made up of multiple scripts.  You can see what each category contains using the script help command discussed below.

These scripts deal with authentication credentials (or bypassing them) on the target system. Examples include x11-access, ftp-anon, and oracle-enum-users. Scripts which use brute force attacks to determine credentials are placed in the brute category instead.

Scripts in this category typically do discovery of hosts not listed on the command line by broadcasting on the local network. Use the newtargets script argument to allow these scripts to automatically add the hosts they discover to the Nmap scanning queue.

These scripts are the default set and are run when using the -sC or -A options rather than listing scripts with –script. This category can also be specified explicitly like any other using –script=default. Many factors are considered in deciding whether a script should be run by default:

These scripts try to actively discover more about the network by querying public registries, SNMP-enabled devices, directory services, and the like. Examples include html-title (obtains the title of the root path of web sites), smb-enum-shares (enumerates Windows shares), and snmp-sysdescr (extracts system details via SNMP).

These scripts aim to actively exploit some vulnerability. Examples include jdwp-exec and http-shellshock.

Scripts in this category may send data to a third-party database or other network resource. An example of this is whois-ip, which makes a connection to whois servers to learn about the address of the target. There is always the possibility that operators of the third-party database will record anything you send to them, which in many cases will include your IP address and the address of the target. Most scripts involve traffic strictly between the scanning computer and the client; any that do not are placed in this category.

This category contains scripts which are designed to send server software unexpected or randomized fields in each packet. While this technique can useful for finding undiscovered bugs and vulnerabilities in software, it is both a slow process and bandwidth intensive. An example of a script in this category is dns-fuzz, which bombards a DNS server with slightly flawed domain requests until either the server crashes or a user specified time limit elapses.

These are scripts that cannot be classified in the safe category because the risks are too high that they will crash the target system, use up significant resources on the target host (such as bandwidth or CPU time), or otherwise be perceived as malicious by the target’s system administrators. Examples are http-open-proxy (which attempts to use the target server as an HTTP proxy) and snmp-brute (which tries to guess a device’s SNMP community string by sending common values such as public, private, and cisco). Unless a script is in the special version category, it should be categorized as either safe or intrusive.

These scripts test whether the target platform is infected by malware or backdoors. Examples include smtp-strangeport, which watches for SMTP servers running on unusual port numbers, and auth-spoof, which detects identd spoofing daemons which provide a fake answer before even receiving a query. Both of these behaviors are commonly associated with malware infections.

Scripts which weren’t designed to crash services, use large amounts of network bandwidth or other resources, or exploit security holes are categorized as safe. These are less likely to offend remote administrators, though (as with all other Nmap features) we cannot guarantee that they won’t ever cause adverse reactions. Most of these perform general network discovery. Examples are ssh-hostkey (retrieves an SSH host key) and html-title (grabs the title from a web page). Scripts in the version category are not categorized by safety, but any other scripts which aren’t in safe should be placed in intrusive.

These scripts check for specific known vulnerabilities and generally only report results if they are found. Examples include realvnc-auth-bypass and afp-path-vuln.

How To Run Scripts in nmap

Be very careful with scripts – they tend to be quite aggressive.  As we have repeated many times in this nmap series: be sure you have permission to execute this type of network scanning.  Even the “safe” scripts above are not ‘safe’.

Let’s start with the general nmap help and man page:

To get specific help on a script use the following command replacing the script group name of interest:

To actually run the script – let’s start with default – enter the following command example (you can replace the address or address range or subnet as you wish):

Expect scripts to take a while to execute.  Here is my output for running the default script against my gateway: 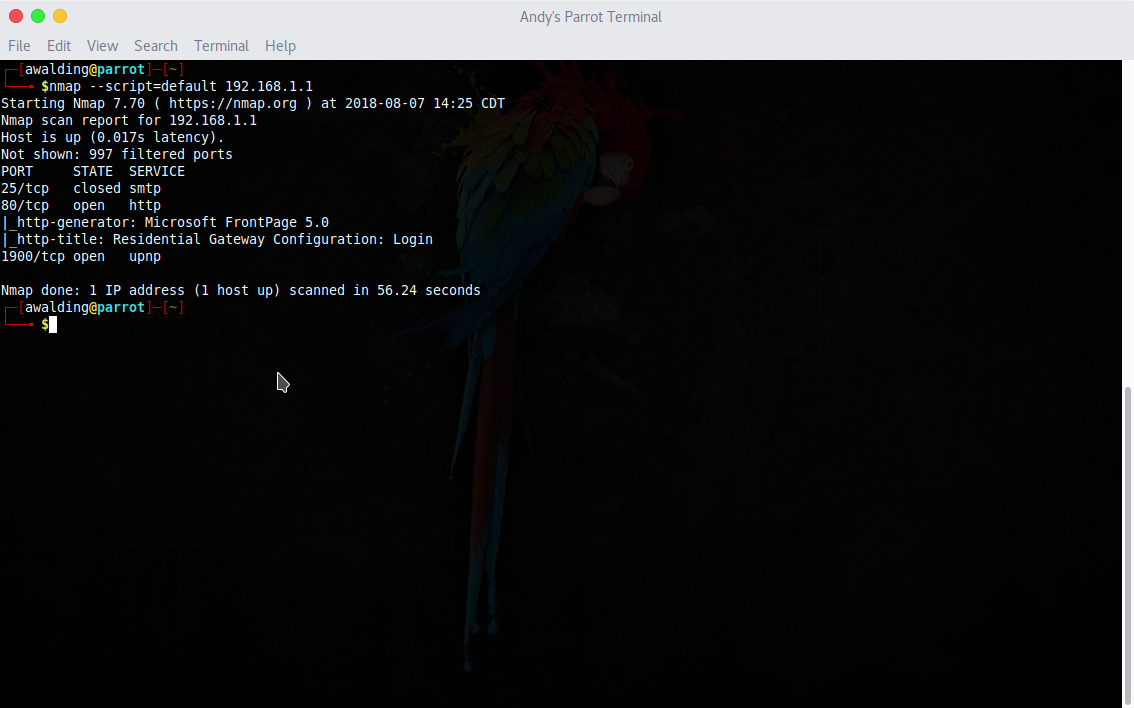 NSE allows users to write (and share) simple scripts (using the Lua programming language ) to automate a wide variety of networking tasks. Those scripts are executed in parallel with the speed and efficiency you expect from Nmap. Users can rely on the growing and diverse set of scripts distributed with Nmap, or write their own to meet custom needs.  Want to find more than what comes with nmap?  Just do a Google search for “nmap script repository” as a starting point.

Pretty powerfull stuff.  We encourage you to play with these, and ofcourse use Wireshark to uncover what they send and what the targets respond with.