At CellStream, we made a nationwide tour over several years with our POTS to Pipes program.  This program clearly defined what network operators (Telcos, especially the rural Telcos) needed to do to prepare themselves for the changes rapidly redefining their role in communications.  POTS to Pipes 1 focused on the technical knowledge needed as well as the direction of the technology.  POTS to Pipes 2 focused on the impact of Voice and Video over the Internet Protocol (IP).  POTS to Pipes 3 focused on the front office and services issues.  A little like the midnight ride of Paul Revere, we wanted to clearly signal and provide pathways for the Telco’s to adapt and ride the huge wave of broadband services.

A couple of weeks ago, we attended the MATSS Conference in Kansas City where all the water fountains were dyed blue in support of the Kansas City Royals.  While the conference is primarily a vendor conference, one of the booths caught my eye almost immediately upon entering the show floor: the Blue Valley 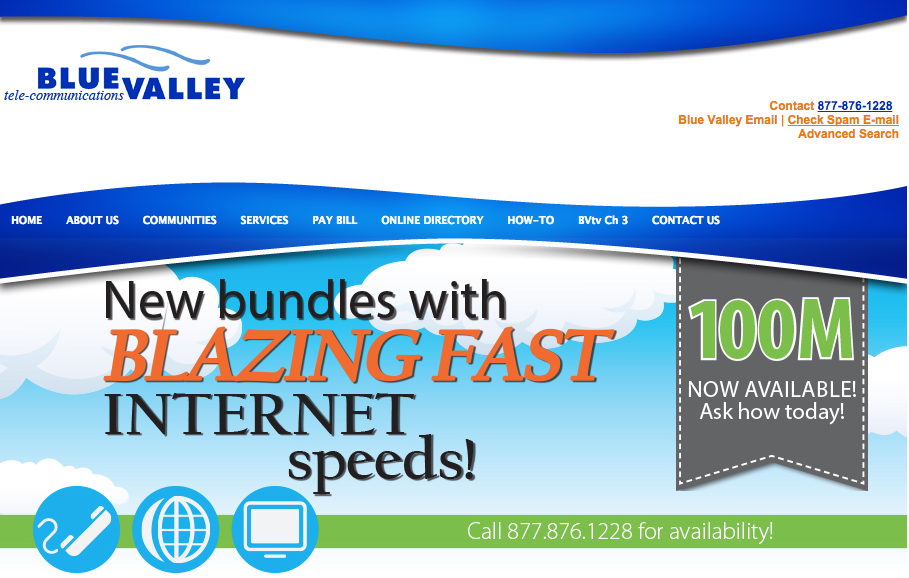 Telephone/Telecommunications booth.  What was a Telco doing with a booth?  I immediately inquired, and was both suprised (pleasantly) and proud all in one emotional rush.

Blue Valley Tele-Communications (BVC) is based in Home, Kansas.  They were one of my stops on the POTS to Pipes tour.  My fist question: “What are you folks doing here?”  The answer explained they have implemented many of the things discussed in the POTS to Pipes series!  First, they have focused on increasing speeds to Ethernet speeds of 100Mbps.  Secondly, they were proudly showcasing how they had added Data Center services to small businesses where instead of these businesses purchasing and maintaining computers in their offices, that they are hosted at BVC in space now available in the Central Office where power and environment are stringently controlled.  This means that if you live in rural Kansas the coud is in your neighborhood!  Genius.

BVC has done much, much more.  They have actively engaged IT consulting, ensuring the technical team can support the needs of their small business customers.  Further, they have actively included Unified Communications (integrating voice, email, fax, SMS, Voicemail) all over the IP infrastructure.  BVC has also integrated wireless communications into their access methods to not only diversify but to provide options for customers.

When I returned home, I pulled up my presentations and it was as if BVC had created a checklist, but better than that, BVC has actually implemented the necessary modifications to their strategy to fully engage the POTS to Pipes transitions.  As Brian Thompson is quoted in their literature: “We train ourselves to think not only outside of the box – but as if there was no box at all.”  Here is what we said in our POTS to Pipes presentations in 2011: 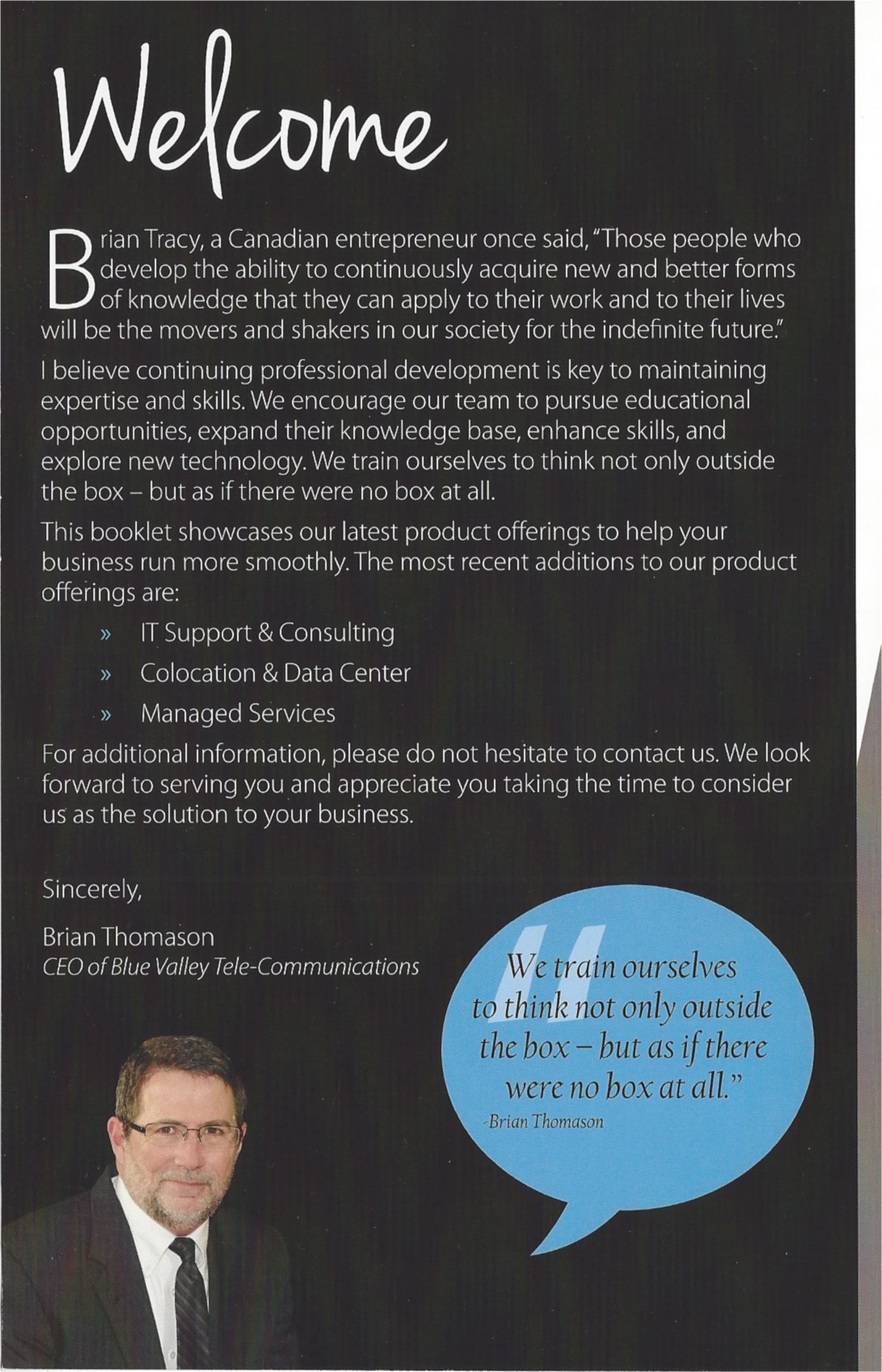 Another gem in the literature is the opening quote: “Those people who develop the ability to continuously acquire new and better forms of knowledge that they can apply to their work and to their lives will be the movers and shakers in our society for the indefinite future.”

We could not agree more, and we cannot more profoundly salute the efforts of the team at BVC for embracing the change needed to accomplish the task of learning, modifying, and adapting within the traditional Telco business model to emerge on the forefront of the technology and services.  BVC is trully a mover and a shaker in our industry along with the other traditional rural Telcos that have followed in these steps.  Congratulations BVC!!